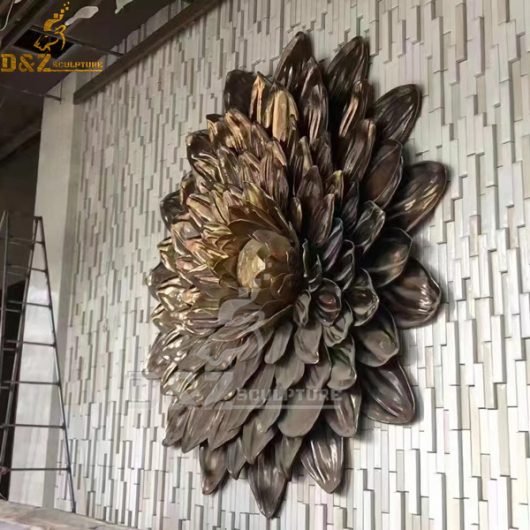 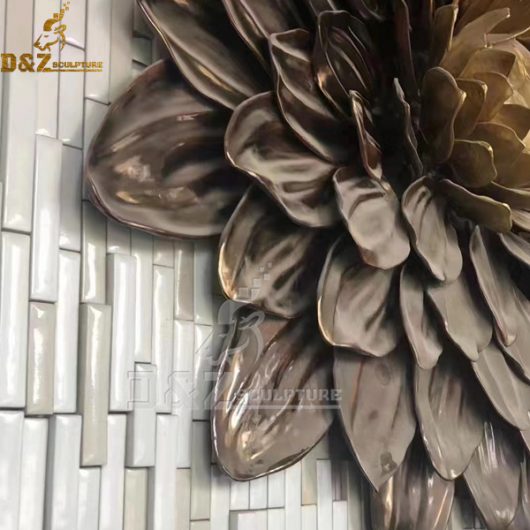 Urban sculpture has developed rapidly in my country in recent years, not only prospering public culture, but also enhancing the popularity of the city, and is deeply loved by the people. But at the same time, there are some chaos in the creation process of urban sculpture, which is worth in-depth reflection by the designers, investors, decision makers and sculptors of urban sculpture, continue to play the role of contemporary urban sculpture, and enhance the cultural taste and spiritual outlook of the city . Urban sculpture not only conforms to the general characteristics of sculpture, but also has its own special attributes. As an important part of urban public environment, it has high artistic appreciation value and has become an important cultural landscape and landmark building in a city. 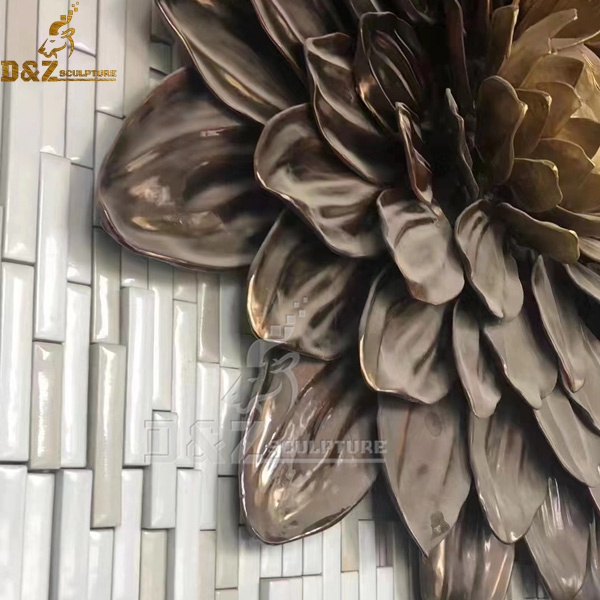 一. The rapid development of urban sculpture

In recent years, the rapid process of urbanization in my country has accelerated the development of urban sculpture. Through the taste and association of sculpture works, people can read the cultural and ideological content that a city wants to express, which can have an immediate effect on urban publicity. It not only beautifies the streets and alleys of the city, but also enriches the artistic life of the audience and improves the cultural taste of the city. Some excellent urban sculptures in foreign countries complement each other with the development of cities, and are in line with local humanistic environment elements and natural geographical features. They have a high artistic appreciation value and bring people infinite aesthetic reverie, such as the Statue of Liberty in New York and the “Statue of Liberty” in Copenhagen. “The Daughter of the Sea”, the little “urinating boy” Julien in Brussels, the “Merlion” in Singapore, and the “Knotted Pistol” at the United Nations Headquarters, etc. These sculptures, as important cultural landscapes, have become urban public environments. Some aesthetic works of art that meet the public’s aesthetic value have developed into a city’s landmark.

Urban sculptures are often built in the public spaces of the city. This typical geographical feature and environmental elements endow the sculptures with a unique creative concept—the aesthetic concept of art and an open and diverse aesthetic value system, which decorate and enrich the culture of the city. landscape appearance. At present, in the construction of urban sculpture in our country, thematic sculpture figurative and imaginative forms occupy a dominant position. Sculpture works express the profound cultural accumulation and historical inheritance corresponding to each city through figurative and intuitive artistic concepts. In recent years, with the development of the city-building movement, new cities have sprung up, and urban sculptures have emerged as the times require. Sculpture designers will not be able to rationally think about and excavate urban culture in the future, and sculpture works have already stood. Because it is located in the center of the city, the imagery expression of the current urban sculpture is gradually increasing.

二. The chaos in the creation of urban sculptures

The thematic ideas of urban sculpture works are often inclusive and open to a certain extent. Some have clear meanings and are full of interest; some have vague meanings and are full of post-modernity; But at present, many urban sculpture designers simply superimpose Eastern and Western cultures, arbitrarily cut various design elements, and mix and match various design schemes. In the background, the designer’s design concept was imposed on the public’s aesthetic consciousness, resulting in the emergence of a large number of “ugly sculptures”, which not only failed to effectively present the humanistic history and cultural heritage of a city, but also caused a great waste of urban effective space and society. The bad orientation of aesthetic culture makes some urban sculptures constantly deviate from the public’s aesthetics. This lack of public design makes some urban sculptures become “visual pollutants”, which are destroyed or rebuilt. Therefore, the construction of urban sculptures regardless of Whether it is figurative, image, or abstract, all should follow the path of aesthetic artistic creation that is appreciated by both the refined and the common.

The future urban sculpture should not only return to the origin of sculpture art, but also transcend the existing form to form a new artistic community. Urban sculpture artists should not only achieve “fine carving” in sculpture works, but also present “fine painting” in design ideas, return to the most authentic form of expression, artistic essence and aesthetic value of urban sculpture, and return to sculpture as a symbol. The original, returning to the cultural and historical background of each work, so that the new sculpture works perfectly fit with the ancient urban culture, beyond the constraints of the inherent content and form of sculpture, reflecting the characteristics of the times and humanistic attributes of urban sculpture, “carving” out The aesthetic value and the flavor of the times of the works “sculpt” a good cultural orientation and value guidance, so that the unique art form of urban sculpture can accurately show the style of different eras and different cities, and become the best business card to promote a city.

1. Urban sculpture should be more historical and humanistic

The design theme of urban sculpture should fully reflect the historical and cultural allusions, traditional values ​​and culture of each city, pursue freedom, justice and equality, and advocate hard work, kindness and bravery. At the same time, a city sculpture should accurately reflect the cultural characteristics and human landscape of a region. Sculpture designers and decision makers should understand the unique historical development background, economic and social operation, population, and properties of each city, and search for history through depth. Cultural clues and important era nodes are used to draw up a sculpture design plan, and ultimately achieve the purpose of beautifying the public environment and highlighting the city’s characteristic culture, allowing the audience to understand the rich historical and cultural heritage of each city through the sculpture works, and experience from the historical context. The atmosphere of the city.

Because of its public nature, urban sculpture should not become an experimental field for sculpture designers to design wildly and unrestrainedly, but should return to the aesthetics, morals and values ​​of the general public. The content and form of sculpture works should take into account the aesthetic ability and culture of each class. Emotional bearing forms a healthy and upward cultural orientation, which plays an important role in aesthetic education.

As an important artistic language, sculpture should better tell the social and public culture recognized by different classes and groups. The designers and decision-makers of urban sculpture should pay attention to the organic integration of individuality and sociality, the reference and integration of Chinese and foreign cultures, and the The independent display of the culture of different regions and different social groups emphasizes the inclusiveness, openness and inspiration of the urban sculpture culture, and integrates the diverse and unified overall aesthetics into the natural space environment and regional characteristic culture.

With the complex and diverse expressions and forms of sculpture, supplemented by different materials, techniques and processes, each sculpture has its own unique artistic characteristics. To break through the existing level of urban sculpture, construction A large-scale art complex focusing on sculpture is undoubtedly a better choice. The designer of urban planning can select a certain area, comprehensively use stainless steel sculpture, garden, painting, music and lighting and other art forms to convey the environmental connotation of humanistic space, integrate the presentation methods from various angles, and guide the appreciator into a specific cultural environment and In the sensory channel, the aesthetic taste of viewers can be improved, the rich connotation of urban sculptures can be better understood, and the cultural taste and spiritual outlook of the city can be improved. 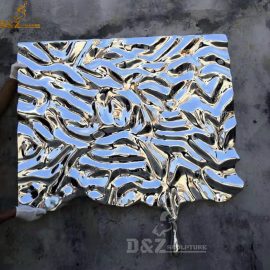 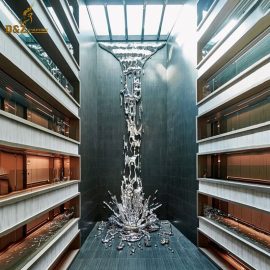 A group of sphere sculpture for wall decor DZM 122 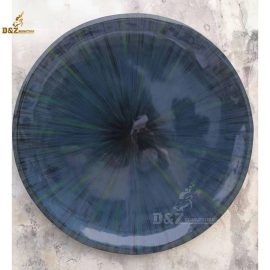 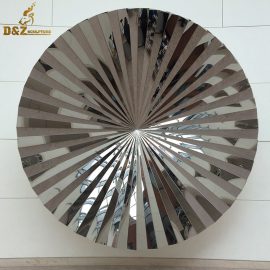