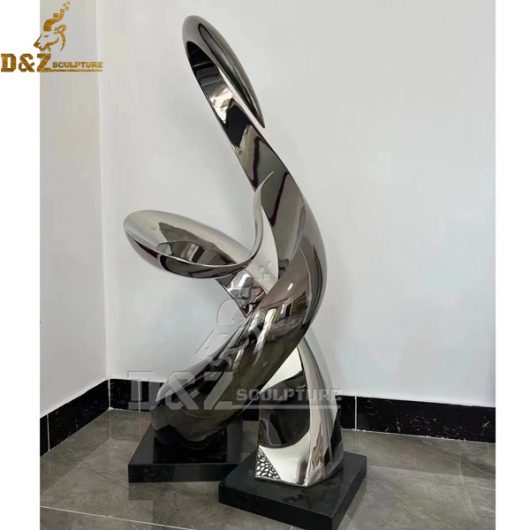 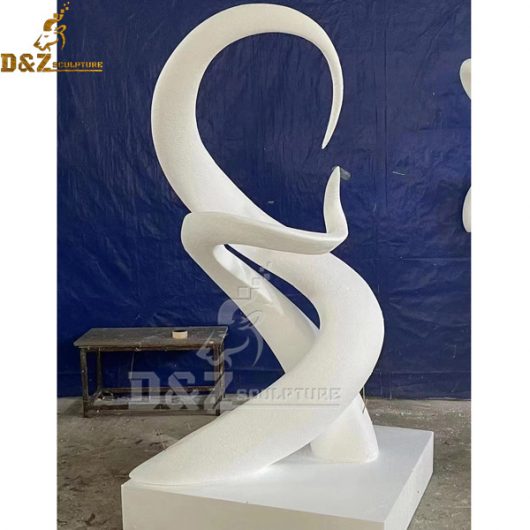 Sculpture has experienced a long development process from its inception to the present. Generally speaking, it has experienced three levels of form, image and meaning. At the formal level, the sculpture presents the initial feeling of the body and character, as well as the mastery and application of the natural order, law, rhythm, rhythm, etc. Its works are in the embryonic state, which more reflects the sculptor’s psychological awareness; The image layer concretizes and materializes this psychological consciousness, and his works show a certain combination of eroticism and sociality; on the meaning layer, the sculpture condenses the connotation and meaning of the first two layers, and has surpassed. The distinction between the three is relatively ambiguous. 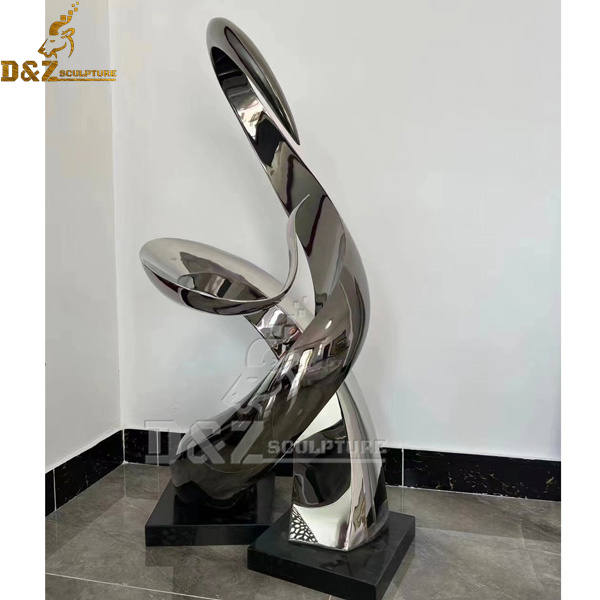 A sense of form

To explore the origin of sculpture, we have to deal with the origin of art. Common theories of art occurrence mainly include: game theory, witchcraft theory, labor theory, etc. Among them, the theory that art originated from labor is in the mainstream position in the domestic academic circle. This article also adopts the labor theory and believes that art arises from labor. Of course, the driving force behind art is not single, but extremely complex. In games, labor, witchcraft and other activities, the imaginations, fantasies and emotions of the primitive ancestors are intertwined. A system, forming a joint force, jointly promote the occurrence of art. In this system, not every factor is in an equally important position. One factor determines the generation and development of other factors and becomes the fundamental driving force for the occurrence of art. This is the production and labor practice of human beings. Marxism is called “a new faction that has found in the history of labor development the key to understanding the entire history of society”, and believes that religion, state, law, morality, science, and art “are nothing but all special methods of production and are subject to It is governed by the universal law of production.” It can be seen that the practice of productive labor is the fundamental driving force for the emergence of art.

The production labor practice creates the premise for the occurrence of sculpture art. For the plastic art in the budding period of primitive art, it acts more on the deep psychological structure of human beings or forms the initial psychological cognition of the transformation of the world. From the progress of stone tools, we can see the initial feelings of the primitive ancestors about the shape and shape. The development of stone tool modeling in the primitive period has gone through four stages: not yet shaped, slightly standardized, uniform and with ornaments. Each of these stages has a long history and is different in nature. The first three stages (not yet shaped, slightly standardized, uniform and regular) are the requirements and subject feelings for the regularity of stone tools in the process of labor practice, such as comfortable hand feel, mutual symmetry, etc.: the latter (with decorations) ) is to satisfy the spiritual enjoyment to a certain extent, adding social content to the stone tools. For example, the stone axes and decorations in primitive tribes cannot exist as practical, but become symbols of tribal power and rights. , endowed with its unique symbolic and conceptual meaning. In this way, different from the tool making and labor process, the ideological activities of the primitive ancestors, that is, the primitive aesthetic psychology including religion, art, aesthetics, etc., began to take shape.

Strictly speaking, stone tools are not sculptures, but they have the nature of sculpture buds. In the long process of production and labor, the primitive ancestors’ understanding, familiarity with and application of natural order, law, rhythm, rhythm, etc., unified the regularity of the objective world and the purposefulness of the subjective, resulting in the early Beautiful things and preliminary aesthetic feelings about beautiful things. That is to say, in the process of labor production, people give their grasp of the natural order, laws, rhythms, rhythms, etc. to the transformation of the material world form. Although these are originally possessed by the material world, they are extracted through the active grasp of people. Out of it, a certain conceptual, abstract and ideal cognition has been formed. Therefore, the earliest aesthetic feeling is not the feeling of specific “art” works, but the grasp of formal laws and the feeling of natural order. It can be seen that the primitive ancestors gradually became familiar with and used natural laws and orders such as rhythm, rhythm, symmetry, balance, overlap, thickness, density, and repetition. This is the reason why the decorative patterns on the original pottery are smooth, beautiful and harmonious.

However, this understanding of the laws and order of nature and the resulting transformation of nature were not complicated in the early days of human beings. It is worth mentioning that this understanding has been preserved and has profoundly affected the cultural and psychological construction of early human beings. It had a profound impact on the later development of art.

The formation of the sculptural image is inherited and continued on the basis of the previous form feeling. Influenced by society, religion, ethics, politics, etc., it produces variation, and at the same time, it develops, enriches and perfects this form of feeling in the variation, which is embodied in the image of sculpture works. Sculpture image does not refer to “quasi-sculpture” with budding nature in the primitive stage or the depiction of the face and image of “Godman…hero” in primitive myths and legends, but sculpture in the strict sense. That is to say, in the form of sculpture, most of them stay on people’s psychological perception of natural order and laws, while in the image layer of sculpture, it is the materialization of this psychological perception, which reflects the blending effect of people’s psychological lust and sociality.

The image layer and the formal layer, or the image and the form, the distinction is relative and ambiguous. Generally speaking, the so-called image or image layer generally refers to the specific physical state presented by a work of art, while for sculpture, it is a mixture of the work’s dynamics, behavior, action, storyline, and material properties. figurative or figurative world. They constitute the subject matter, theme or content of a so-called representational work of art. Going further than the formal layer, sculpture at the formal layer or strictly speaking “quasi-sculpture” only has the element of sculpture, which is more reflected in psychological perception, such as the grasp and perception of formal laws and natural order, rather than Specific physical reproduction.

So, what are the qualities that a sculpture at the image level should have?

The formal layer mentioned above is more reflected in people’s psychological perception rather than physical objects. Then, in the image layer, it is implemented in concrete objects, presenting as the image world of works of art with many types and shapes. This evolution is not achieved overnight, but has gone through a long historical development process. This shows the strong mentality of people to conquer and transform the world, and to show their inner emotional experience in material form for people to worship and appreciate. Therefore, the analysis and research on the sculpture image layer cannot only stay on the surface image, but should go deep into the deep psychological structure under the surface image. It is the eroticism contained in these deep psychological structures that permeates the human life force into the world of art. This so-called human life force contains both animal instinctive impulses or irrational aspects, and it is not completely equivalent to animality; it has social concepts, ideals and rational aspects, but it cannot be completely equivalent to Rationality, sociality, but the interpenetration of the two, manifested in hopes, expectations, impulses, demands, strengths and movements, which are either in the form of purification, or conflict, or peace and beauty, or sharp tension. , presented in the image layer of the art world, thus moving and infecting people, inspiring, motivating and edifying people.

In fact, both the formal layer and the image layer have “meaning”, and this “meaning” constitutes the meaning layer of the sculpture work, which includes the former two (form layer, image layer), and opens up the third one (meaning Floor). Obviously, the meaning layer obviously transcends the former, and its transcendence is not only the psychological feeling of body shape, nor is it only the result of the objective interaction between lust and sociality, or the realization and satisfaction of lust in many types of art, it is an expansion. To the entire psychological state of man, to connect the heaven and earth, nature, human relations, morality, etc., to find an eternal thing, a long-lasting and sustainable taste. Those works of art that appeal to the senses, perception, and erotic stimulation are only temporary, and once they are satisfied, they will be boring. The absurd and decadent image and state attracted people’s attention. Although people talked about it at the time, it was like a flash in the pan. In contrast, there are always some classic sculptures that are exciting and satisfying to reminisce. Standing in front of these works of art, people always linger, and it is in this play that it subtly affects the whole heart of people.

In “Poems”, Sikong Tu discussed the connotation of “the purpose of the outside of the taste” (meaning layer), that is, the infinite association and the artistic image of “the meaning outside the rhyme”, “the image outside the image”, and the “scenery outside the scene”. Taste, which constitutes an important principle of art criticism, is also the goal of artistic creation. A masterpiece of art, what kind of taste does it leave us? Only by tasting and chewing it personally, some people feel that the years of “life is not satisfied” is short; It is desolate; some people feel the sadness of “the country is destroyed and the family is destroyed and the tears are dark”; some people feel the loneliness and longing of “being a stranger in a foreign land alone”. All these things make people feel the deeper meaning of life, which is difficult to express clearly in words.

In Chinese classical aesthetics, the idea of ​​”harmony between man and nature” is the most emphasized, such as “great happiness and harmony between heaven and earth”, “literary writers, the heart of heaven and earth”, etc., are all the highest and farthest realms pursued by art. However, this realm is no longer limited to works of art, it includes ultimate concerns such as the meaning of life and the value of life. This finds the greatest support for the “meaning” of the meaning layer. The “meaning” of the meaning layer transcends the erotic image and the meaning of life in the form of perception, and a very important aspect, type or content comes from this perception of “the unity of nature and man”, that is, it contains objective regularity and Isomorphic induction of subjective purposive unity of emotion. It is precisely because of the communication and intersection of grasping the universal nature of the universe and the meaning of life, that the sense of destiny, mission, history, and realm of life conveyed by works of art has a certain mysterious power.

Stainless steel sculpture manufacturers summary: Art does not matter progress, it constantly summarizes and constructs the entire psychological changes of people in different eras. This change is repeated and complex, but its foundation—some of the human spirit will not change. Throughout, it is superhuman and superhuman, condensing the lost historical time and presenting it in various carriers, giving history a reality s life. 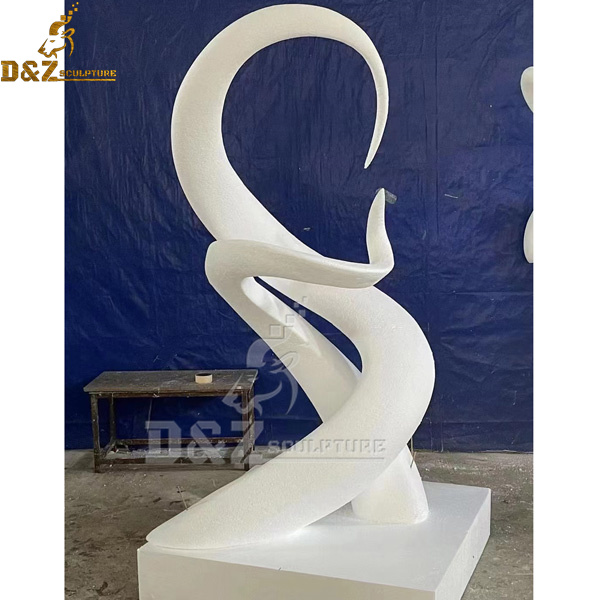 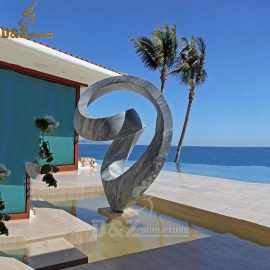 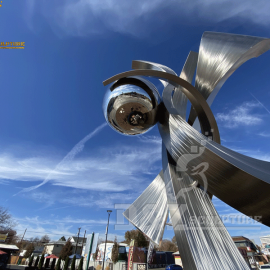 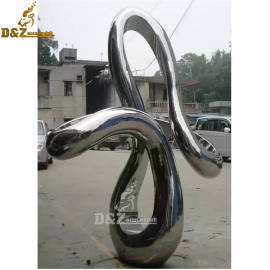 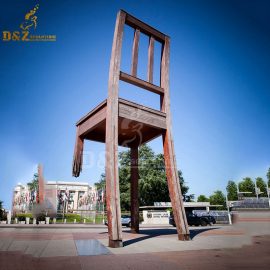 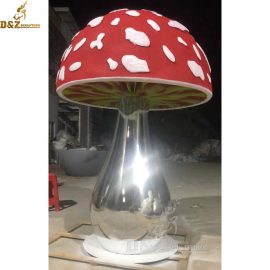